Potato Mode
Ever since I posted up the first screenshots of Dead Frontier 2, one of the most common questions I've been asked is "will my PC be able to run this?". Since the screenshots are fairly modern and shiny (in my opinion anyway) it would be easy to think that DF2 is only going to work on rigs sporting the latest graphics cards, and that people with laptops or slightly older hardware would be left out.

However one thing I've always insisted on throughout my 15 year indie game development career is that my games should run on the most machines possible. So in the last week I've been working on providing as many graphics settings options as I can. You can now literally enable/disable just about every feature of the 3D engine. If you're not well versed on all the different technical details, I've also added some general profiles for different types of hardware.

One of those profiles is "Potato Mode" which pretty much disables everything. I'll warn you, it doesn't look pretty, but I think it's an option worth having for those with weaker PCs. 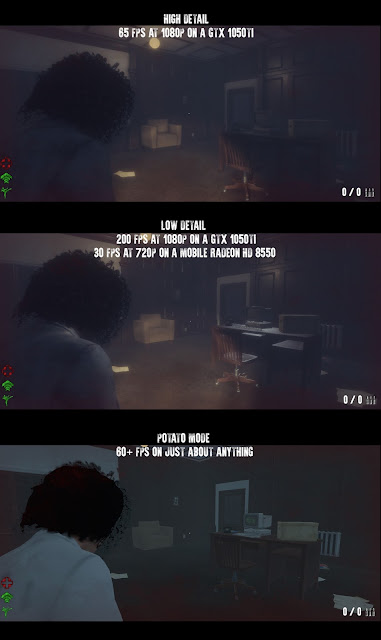 Based on my recent testing with these different modes, I've now lowered the minimum system requirements to:

These are pretty much the exact specs on my own budget laptop that I bought almost 5 years ago. To be honest, while running in potato mode I suspect that game might even run on something much weaker, but I'm loathed to suggest lower requirements than this until I've been able to verify them first hand. I'm hoping that during alpha testing we'll get an idea how it works on some truly awful hardware =D

Servers
Another big thing I've done since the last report is setup all the final servers for the game. The DF1 open beta launch was a huge disaster, and that is something I'm hoping to avoid this time around. I am expecting there to be up to 20,000 players online in the first day DF2 is on Steam, and I need to make sure we can accommodate all of them.

Using locust.io and 13 different cloud instances (virtual machines) I simulated over 40,000 concurrent players on the servers. And whilst the loading times did increase slightly, I'm pleased to report that the game was still very much playable and fun. This is honestly a huge win for me, as it was something I was really worried about. It's good to know that if necessary, we can handle 10 times the load that we had for DF1.

For multiplayer, we currently have servers in North America, UK and Poland. I am eventually hoping to add more in South America and Singapore so that everyone can have a nice low ping. However the reality is that bandwidth costs are something like 15 times higher in those areas, so it's only something we can afford to do if the game proves popular in those locations.

General Progress Info
I'm happy to report that my motivation to work hard on DF2 is sky high. One reason why I've been taking so long to get this report written is that I've just been so focused on getting the game done ASAP. At this point all I do breath, eat and sleep DF2.

Just to make you all aware, these features are still missing from the game:
- Clan System
- Competitions
- Item > Item Trade
- Outpost Attacks
- Barricading

My plan is still to complete them all by summer, but for now I am focusing on making the core game (looting, hunting zombies, boss fights, missions, leveling etc) as fun and addictive as possible. If it comes to it, I would much rather release a fun and polished core game, with some features missing, than a boring feature complete game.

That's pretty much it for now, but figured I'd leave you with a couple more random screenshots I took over the last week: 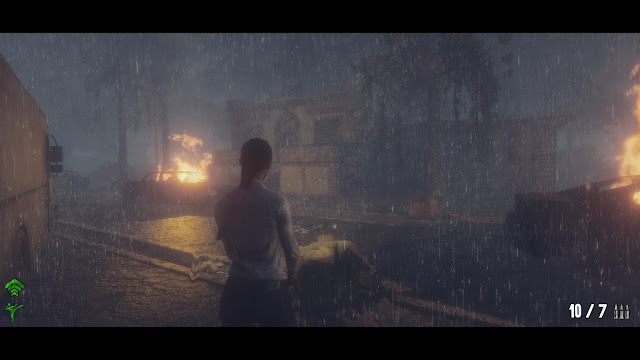 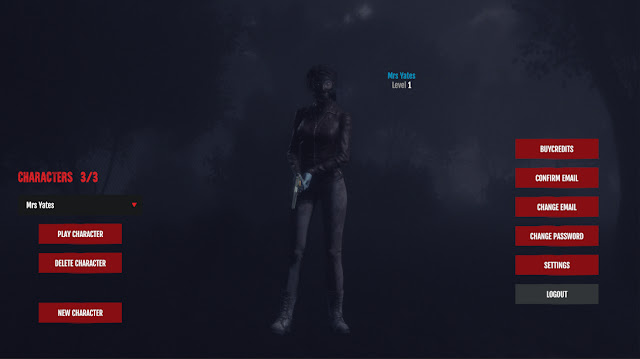 One thing I've always liked in games is the ability to find various notes, journals and books scattered around which contribute towards the atmosphere and develops the lore. 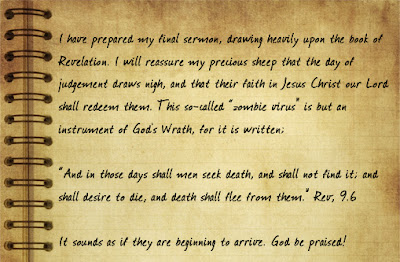 Dead Frontier 1 did have a handful of books you could find with neat little stories in them. However I regret that we didn't have more of them. For Dead Frontier 2 I'd like to change this, and have a far greater variety of these. Whilst I enjoy writing things like this, the truth is I won't have time to make many of these on top of my other programming and design work.

So this is where you come in!
We're looking original pieces of creative writing set in the Dead Frontier world. We'll be accepting submissions until the end of April. We'll then choose 10 pieces to be put into the final game (or more if there are a lot of really good ones!). Those pieces will be immortalised forever in Dead Frontier 2, the writer will get their name in the credits and they will receive $50 USD via PayPal for each piece we accept.

Email all entries to [email protected] with the writing directly in the email as we may not be able to open some types of attachment. Please be sure to include your full name, address (for the contract), PayPal email and name you want to use for the credits (either your actual name, a nickname or a username). If you are accepted your name/nickname will be published in the game credits, but we of course won't publish any other details about you. If you do not have a PayPal account we can always give you Dead Frontier credits instead.

If you'd like to stay up to date with DF2 developments, please sign up to the mailing list, like/follow/subscribe/wishlist us on social media (especially Steam!). All those lovely links can be found here: https://deadfrontier2.com :)