A Big Thank You
Before I begin I want to say that since we announced Dead Frontier 2 we've had a hugely positive response. Everyone seems so excited about the new game and it's given me a huge boost in morale. I'm now more determined than ever to make this game the best it can possibly be.

I want to say a big thank you to everyone who read our announcement, and especially to those who took the time to leave comments. It really means a lot to me that the community is still behind us, even after all these years.

Interior Areas
So ever since I announced DF2 I've gotten my head down and started grinding away at getting our interior areas ready. I'm pleased to say that after roughly 6 weeks these are now finished, save a few minor bugs. We have a total of 13 building types, and each of these can have literally trillions of possible layouts (actually a lot more than that, but my brain doesn't understand numbers any bigger than this!)

Dead Frontier 2 does not make used of *any* fixed scenes, absolutely everything you see is generated by the computer. We have a few reasons for doing this, but the main ones are:

This is very similar to how the old Dead Frontier 2D used to work. Essentially we give the computer a set of walls, doors, windows, furniture and decorations, and then let it randomly place them based on certain predefined parameters. So for example, a bathroom would likely have tiled walls, tiled floor, 1 toilet, 1 bath, 1 sink, and then a few optional bits and bobs like toothpaste, toothbrushes, hair products, carpets. We then chain these rooms together depending on the building type. For example a house will likely start with an entrance hallway, that can then link to a living room, a kitchen, a dining room. Going upstairs will usually have bedrooms and bathrooms. Using parameters like this you can get quite realistic results, without having to physically build anything yourself.

The downside of this system is that is does take quite a bit of time to setup all the different furniture, decoration and wall types. From there defining how each building will be laid out can also take quite a while. There is also the issue of testing and tweaking. Every so often the computer will generate something that just looks wrong, so you have to keep adding extra conditions to help prevent those situations. A lot of you may remember things like this happening in DF2D. Luckily I've put a lot more work into this version, and the result is miles better than we had back then.

I figured I'd give a list of tasks that I have completed, and those that are still being worked on in each post so you can get an idea of how development is going:

The list as it stands makes it look like I've still got tons to do, and will never be finished in time. But in reality most of the tasks in the "complete" section were very big & complex, whereas most of the TODO list are much shorter tasks. A lot of ground work has already been done to make implementing these final features fairly quick. Still, I admit I may be cutting things close, and it is *possible* that some of the final features will be missing at launch.

Early Screenshots
This morning I went ahead and compiled a bunch of game-play screenshots, showing off some of the new areas. Note that most of these are missing enemies. This is because I am currently in the process of setting up the final enemy models (before we just had placeholders). I do have one type finished though, which is the one you can see below :) 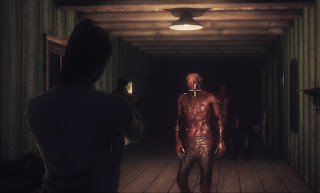 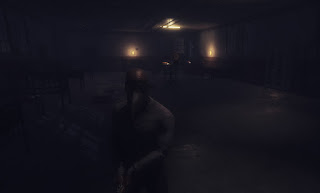 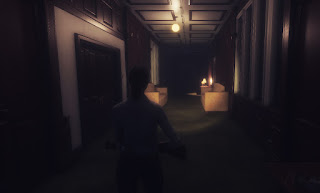 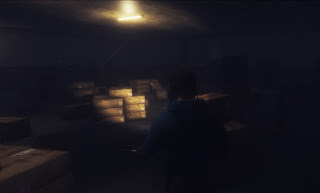 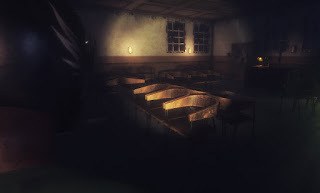 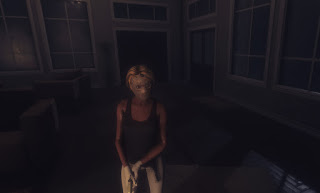 Have a Great Christmas and Happy New Year!

I'll have more news for you in early January. Thanks for reading!