Unfortunately I don't have a whole lot of meaningful progress to report today. The normal cocktail of the kids being off school for the holidays, Christmas gatherings, a bout of the flu and the all our company & personal accounts being due in January basically left me with no where near as much time to work on DF2 as I had planned. Although I have made progress in many areas, I haven't gotten to the stage where I feel comfortable enough to mark them off my checklist as "done". I can tell you that I am currently working on the noticeboard/mission system and I hope to have it totally complete before the end of this month.

Still as time rolls on I have to admit that the April 21st launch date is starting to look a little shaky. I still have a lot of features to implement and even once those are all finished, there will still be a lot of work to do in terms of setting up the final server machines, load testing, play-testing, balancing and marketing. The way I see it there are a few possible options:

Option A
I launch publicly on April 21st no matter what, as "Early Access". Any features that are missing at this time will have to be implemented post release. I believe this is easily possible, but means that the initial game will have less to do. It also means that it will take a lot longer for the final features to be implemented, as I will no doubt get sidetracked with other issues (cheating, abuse, balancing, bugs etc). Some early players may lose interest too quickly and leave before they see the game in it's final form.

Option B
I launch the closed beta on April 21st, inviting a good chunk of people (perhaps 2000?) but not everyone. This is similar in some ways to Option A, but because it's not a huge amount of people there should be less distracting issues to sort out. I should be able to get the final features done much quicker, whilst also learning some valuable information about the game. Downside is many people will still be unhappy as they have to wait. In addition videos/streams of early bugs and issues may cause people to lose interest in the game before they even get to try it.

Option C
Delay the release until it's properly done. This should in theory give us the best game possible in the shortest amount of time. My current thinking is that an extra 2 months would be more than enough. However even this cannot be guaranteed and I am aware that shorter deadlines do make me more focused. I definitely don't want to become the next Star Citizen, delaying the release for a year or more etc.

I honestly haven't decided either way yet. What do you guys think? I'd be very interested to hear what you all think in the comments section. As normal I'll be keeping a close eye on these for the first few days and will do my best to reply to as many of them as possible. 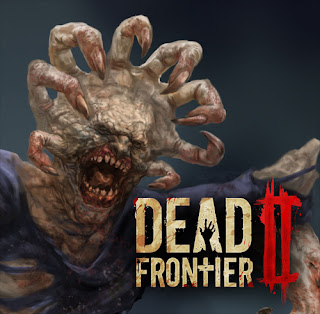 Thanks for reading!
-Neil